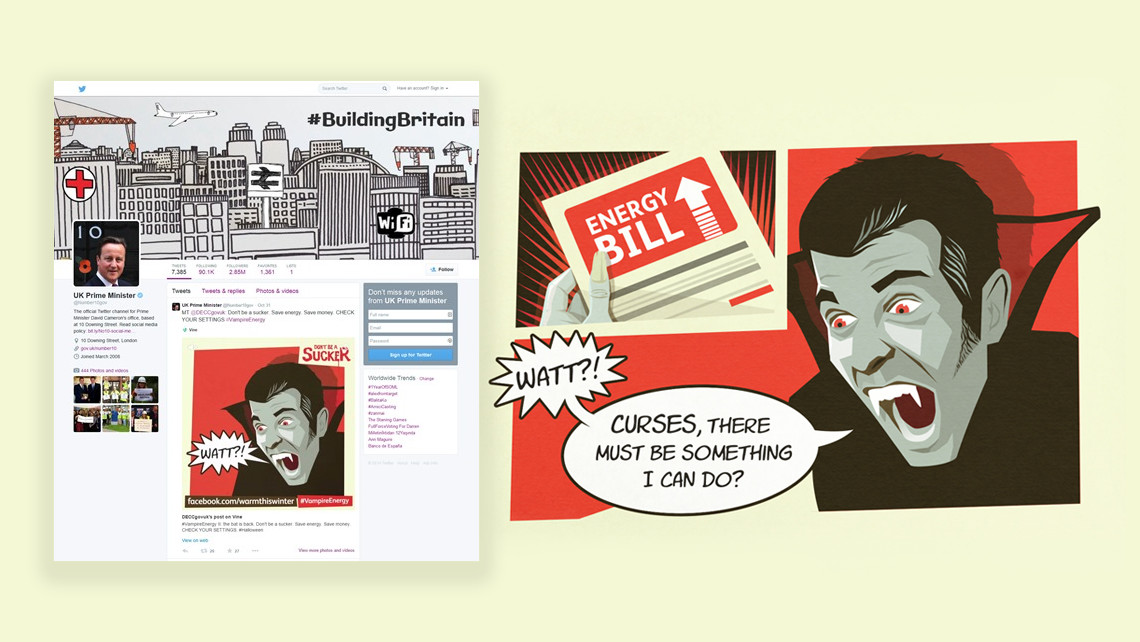 On Halloween, the official Twitter channel for Prime Minister David Cameron's office, based at 10 Downing Street tweeted the Vampire Energy campaign we developed with the Department of Energy and Climate Change!

GOV.UK ran a nice piece on the campaign too. Follow the link to see the infostrips, Vine and FaceBook videos we produced for DECC, or have a look at what’s happening on Twitter #VampireEnergy.