Visiting the office of the British Prime Minister

After visiting the historic office of the British Prime Minister, our User Experience (UX) team set to work refining the way the wealth of information was presented, taking into account the needs of the varied audience types.

It was a privilege to walk around and feel the history.

We worked hard providing recommendations on the restructuring of the website based around the audience’s needs. This involved prototyping different ways of presenting the serious business of the Coalition Government’s policies, ‘Take Part’ initiatives as well as the interactive elements of the website including the history of the building, a timeline of Prime Ministers and much more.

Once the website blueprints (wireframes) had been designed, S8080’s creative team took over. Our creatives visited Downing Street a couple of times, immersing ourselves in the history and details that make this one of the most recognisable buildings in the world. We wanted to show it as a thoroughly modern office but also as a building steeped in history.

We took hundreds of photographs, including the classic ‘10’ that is used on the masthead of the website – an icon that is recognised worldwide.

It was a nerve-wracking couple of days waiting for sign off from the top, but we were confident that we had provided a very well-considered and user centred design. We feel we have achieved the sense of gravitas that the office deserves without it looking like a tourist attraction.

At the end of the day, it’s just another very busy office with lots of toing and froing, as we found out when trying to photograph the door in the gaze of paparazzi on Budget Day!

If you'd like a chat about how S8080 could help you with your project, contact us or email [email protected]. 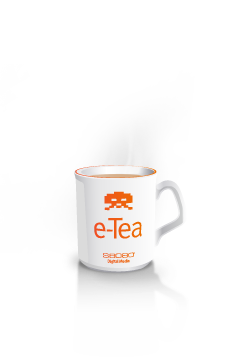